If you aren’t familiar with the term Web3 you need to start paying attention because we are at the beginning of another tech revolution.

Let me break this down for you.

Web1 – This generation of the Internet refers to the 90s and early 2000s. These days were filled with early adopters connecting to the World Wide Web through their dial-up connection—a soundtrack that many of us will never forget.

Once connected with blazing fast 56 kbit speeds, we were able to visit our favorite message boards and chat rooms. Static web pages were retrieved from servers, which are a far cry from the dynamic web experience we have become used to today.

Web2 – Refers to a new generation of websites that emphasized user-generated content, ease of use, participatory culture, and interoperability for end users. As Web2 grew, so did the companies that embraced this technology early, such as Apple, Amazon, and Google—all becoming the largest corporations in the world by moving quickly and developing business models (largely through ad networks) that monetized their customers’ attention. Social networks, user generated content, and online games quickly dominated this landscape.

With all the advantages made possible by this evolution in technology, there also comes negatives that are becoming more problematic. Users are becoming discontent with Big Tech feeding them endless ads generated by algorithms that measure every interaction made on a connected devise.

Let’s use YouTube as an example. The early days of YouTube were filled with content creators making videos focused on topics they were passionate about, whether it was the first video uploaded by YouTube co-founder Jawed Karim entitled, “Me At The Zoo,” or professional filmmakers like Casey Neistat defining the art of vlogging as he uploaded the behind-the-scenes moments of his life each and every day.  As YouTube grew in popularity, the focus shifted from highlighting creators to the emergence of an algorithm-driven environment where they could attract and retain eyeballs for longer periods of time in order to feed viewers endless streams of ad content, which made the platform owner, Google, a +100x return in under 15 years.

The manipulation made possible by centralizing our news, entertainment, and consumer goods has gotten us to a place where there is a growing distrust with any and all news sources run by these megacompanies. The algorithms are now dictating what we are watching and heavily impacting consumer sentiment by continually serving content that feeds a narrative. After all, if every video or news report you consume tells you that the sky is falling then you will begin to believe that the sky has to be falling.

This manipulation becomes more apparent daily, and society is looking for decentralized solutions that they can trust—and that’s where Web3 enters the scene.

Web3 – This era represents an evolution of the Internet that could be as transformational as previous generations of the Web. Web 3 is a leap forwards towards open, trustless, and permissionless networks.

“Open” in that they are built from open-source software developed by an open and accessible community of developers and executed in full view of the world.

“Trustless” in that the network itself allows participants to interact publicly or privately without a trusted third party.

“Permissionless” in that anyone, both users and suppliers, can participate without authorization from a governing body.

Decentralization is now a hot topic where databases of information no longer need to be stored in a central location but each of our devices can now store vast amounts of information and check community members’ individual data copies to verify authenticity.

Example: Where does the deed to your house live?

In most states, property deeds are in the County Recorder’s Office or Office of the Assessor-Recorder in the county where the property is located. In some counties, if you request an older record, you may be redirected to yet another department that maintains archived records. This is true in California where title deeds recorded prior to 1982 are located in the Grantor and Grantee Index Books.

In a Web3 world, documents like vehicle titles, property deeds, or even a last will and testament does not need to be printed, notarized, and filed with local authorities but rather saved on the blockchain where the meta data can record when and where the document was generated, who signed it and when, and everyone that has interacted with the document since it was created. This chain of custody will be immutable and decentralized, allowing full transparency.

Cryptocurrencies and NFTs are what many think about when referring to Web3 because they are consistently headlining the news. Some early adopters are snatching up as much of this early product as they can, seeing 2021 as a gold rush and their opportunity to get rich while others are looking at this evolution as a revolution and using the new technology to develop Decentralized Autonomous Organizations (DAO). DAOs are organizations represented by rules encoded as a computer program that are transparent, controlled by the organization members, and not influenced by a central government.

The idea of the Metaverse where individuals can choose to live an alternate reality governed by the community isn’t fantasy captured only in movies. It is quickly becoming a reality as videogames like Roblocks attract 43.2 million daily active users. For many parents, their kids are already living in the Metaverse, and you might be next.

There are endless facets of this new Web3 world, and this is me trying to give my community a heads up that we are at the beginning of another tech revolution and need to pay attention. I am excited to be early in this scene and see myself as a translator for normies (normal people that don’t get it yet). The Web3 world is no different than the first time you logged onto AOL to see that you had mail; the technology will evolve quickly and before you know it there will be Web3 native applications that are woven into the fabric of your daily life.

If you want to learn more about this topic, please drop me a note as we are early in this scene, and I am happy to take as many people along the journey as possible. 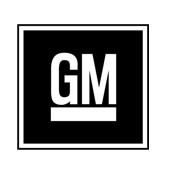 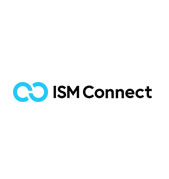 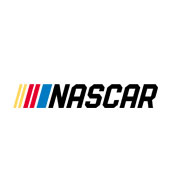 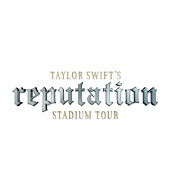 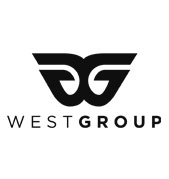